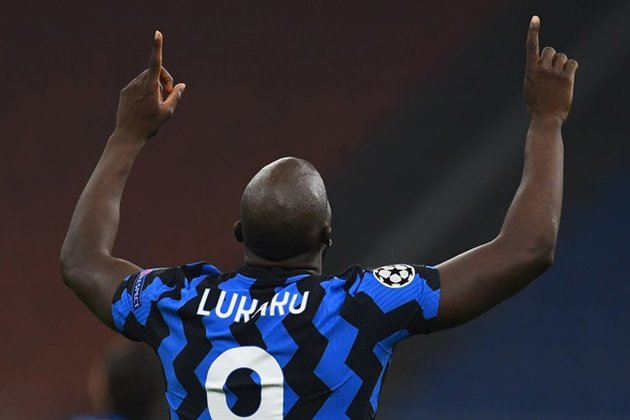 Lukaku gets Inter back winning in Genoa, Sampdoria shock Atalanta

Romelu Lukaku and Danilo D'Ambrosio's second half goals got Inter Milan back winning 2-0 at Genoa on Saturday to move third in Serie A ahead of Atalanta who fell 3-1 to Sampdoria.

Antonio Conte's Inter bounced back after a 2-1 derby defeat to AC Milan and a 2-2 Champions League stalemate at home against Borussia Moenchengladbach.

After being pegged back in the first half, Conte brought reinforcements off the bench with Nicolo Barella coming on for Christian Eriksen and Achraf Hakimi replacing Ivan Perisic, just hours after the Moroccan defender tested negative for coronavirus.

Barella set up Lukaku to open the scoring after 64 minutes, his fifth league goal this season. D'Ambrosio nodded in the second with ten minutes to go.

Inter move up to third, two points behind leaders AC Milan, who host Roma on Monday, and one-point ahead of Atalanta, fourth after a second straight defeat.

Atalanta are level on points with Claudio Ranieri's Sampdoria who followed up wins over Fiorentina and Lazio.

"Last year we were in a full battle to avoid relegation and it was difficult to challenge Atalanta," said Ranieri.

"I told the lads I wanted to see courage against Lazio and Atalanta. We gradually gained confidence and were ready when the opportunities came."

Fabio Quagliarella opened the scoring after a quarter of an hour with his fourth goal in as many games, but the veteran striker was denied a second from the penalty spot.

Danish midfielder Morten Thorsby added a second before the hour mark, with Jakub Jankto sealing the points in injury time.

Colombian striker Duvan Zapata pulled a goal back for Atalanta with 10 minutes to go from the penalty spot.

"Today I did a bit of experimenting, it was a sort of construction site," said Gasperini.

"You want to bring in new players but when you play at high levels you can't do too many experiments."

After their loss in Naples, Atalanta had opened their Champions League campaign with a 4-0 win at Danish club Midtjylland.

Gasperini made seven changes to his side with Sam Lammers and Josip Ilicic starting, the latter playing at home for the first time in three months.

A Johan Mojica handball gave Sampdoria the chance for a second but Marco Sportiello kept out Quagliarella's effort from the spot.

Thorsby got his head to a Jankto cross for Sampdoria's second before Zapata revived home hopes, converting his penalty after Keita Balde fouled the Colombian.

Senegalese Keita made up for his error, sending Jankto through on goal to net a third two minutes into injury time.