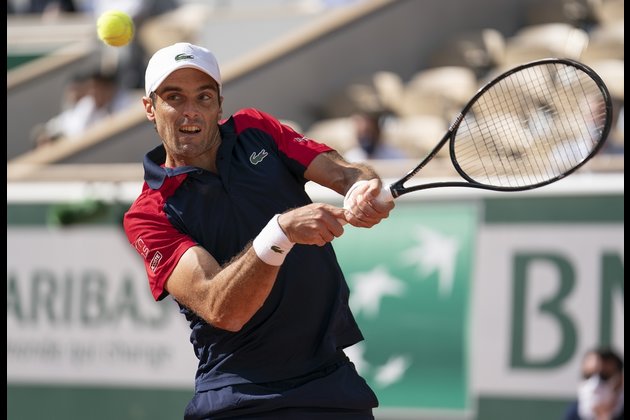 No. 2 seed Dominic Thiem of Austria injured his right wrist while leading his first set 5-2 and retired from a second-round match Tuesday against Frenchman Adrian Mannarino at the Mallorca Championships in Spain.

Thiem, the fifth-ranked player in the world and the 2020 U.S. Open champion, was playing his first grass-court event since 2019 at Wimbledon.

"It's nice for me to be in the quarterfinals, but winning this way is not so cool," Mannarino said in an on-court interview. "I really like Dominic, he's such a nice guy and I hope he will be feeling better soon."

Bublik was one of 12 winners Tuesday after Monday's first-round matches at the grass-court event in England were postponed due to rain.