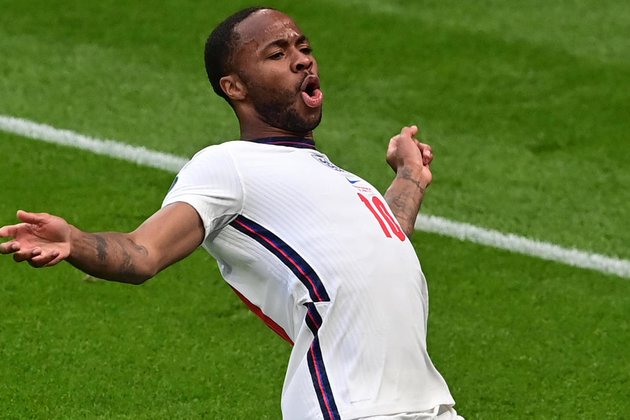 England advanced to the last-16 as winners of Group D at Euro 2020 after a 1-0 victory over the Czech Republic at Wembley. Croatia, beaten by England in the opening game of the pool, overcame Scotland 3-1 to take second place.

Raheem Sterling, who scored the only goal of the game in England's victory over Croatia on 13 June, was on target for Gareth Southgate's side on Tuesday night in north-west London.

The Manchester City striker nodded in Jack Grealish's cross in the 12th minute and they held the Czechs back to claim the pool with seven points.

On 29 June at Wembley, they will face the runners-up from Group F - either France, Portugal or Germany.

"We've played two opponents in the Croats and the Czechs who I think are playing at a very good level and Scotland, which as an experience for our players, was quite unique," said Southgate.

"The last-16 will be a different game. We know it's world champions, European champions and Germany, who look like they're back on song."

Croatia finished the group stages with four points - the same as the Czechs. But the 2018 World Cup finalists advance as runners-up because they scored more goals than the Czechs.

Callum McGregor cancelled out Nikola Vlasic's early strike for Croatia to send the teams into the half-time break at Hampden Park in Glasgow at one goal apiece.

But after the pause, Luka Modric and Ivan Perisic took the game away from the Scots who were appearing in their first major international tournament since the 1998 World Cup in France.

Just like it was back then, Scotland failed to advance to the knockout stages. Croatia, however, will vie with the runner-up from Group E in Copenhagen on 28 June for a place in the last eight.

"I am sad for the players," said Scotland boss Steve Clarke after the defeat.

"We've waited a long time to get to a tournament and it was a good group of players that got us here.

"Over the course of the group stage there was a lot of good stuff, but ultimately not the points we needed."

On Wednesday, the final round of games take place in Groups E an F.