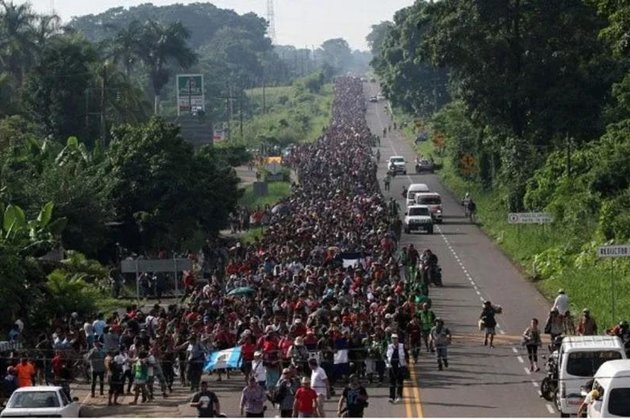 Refugees and displaced persons are neither pariahs nor illegals

Today is the day that the UN has set since 2001, to make the situation of refugees and displaced persons in the world especially visible. The date was set in commemoration of the 50th anniversary of the 1951 Convention relating to the Status of Refugees. UNHCR (United Nations High Commissioner for Refugees) is the agency created to care for, protect and promote solutions for people in this situation of survival and extreme oppression.

Refugees are among the most brutally oppressed people in the world. The Convention Relating to the Status of Refugees and its 1967 Protocol are the international instruments, which formally provide for their protection.

The rights contained in the 1951 Convention include: the right not to be expelled except under certain strictly defined conditions; not to be punished for unlawful entry into the treaty state; to gainful employment; to housing; to public education; to public health care; to freedom of religion; to access to the courts; to freedom of movement within the territory; to obtain identity and travel documents.

There is an abysmal gap between the rights contained in what the UN-UNHCR promotes and the daily reality of tens of millions of people.

Refugee camps are initially temporary settlements where hundreds of thousands of people can live. They are generally administered by UNHCR or NGOs such as the International Red Cross.

Beyond the declarations and formalities, the conditions of hygiene, housing and respect for human rights are far from what is claimed by multilateralism. Some camps, such as in Lebanon (a refuge for Palestinians and Syrians) have been set up for decades, while others, such as in Uganda, the West Bank and Jordan, have become precarious cities where misery and hunger are rife.

The main causes of refugee and displaced status are: neo-colonial invasion of territories, dictatorships that practice genocide and state terrorism, and populations forced to migrate by natural socio-environmental disaster.

The UN usually focuses on what is happening in the European Mediterranean and on the US-Mexico border, but refugees and displaced people exist in all regions of the world. Refugees settled in Kenya, Tanzania, Ethiopia, Lebanon, Jordan, Iraq, Iran, Pakistan or Bangladesh do not receive the same attention from the international body.

Records show that more than 80% of displaced people move within or to another poor country. Refugees and displaced persons seeking relief from an underdeveloped country to a developed one are less than 20 per cent.

At the beginning of the current pandemic, more than 25 million people were politically displaced from their places of origin. The countries of origin of the conflict that accounted for 3/4 of the political refugees were Syria, Palestine, South Sudan, Somalia, Myanmar and Afghanistan. UNHCR estimates that this year, more than 80 million people are currently displaced and refugees.

The majority of refugees and displaced persons are concentrated on the African continent, most of them fleeing to neighbouring countries. Cynically, the mass media (part of the large economic-financial corporations) tend to blame the international refugee crisis on those who have been living in this continent plundered by the Western North for a century and a half. It is a minority that can seek a better life in Europe by attempting to cross the Mediterranean, where many lose their lives.

According to UNHCR, by 2014, 50% of the world's refugees were children and women, who are often trafficked for sexual exploitation.

The same organisation estimated that around 20 million people had to flee their homes as a result of what is often called "climate change" during 2018. Eighty per cent of them lived in the countries with the greatest extreme poverty. Increased intensity over the last two decades of floods, cyclones, hurricanes, droughts, fires and rising sea levels are the main causes. The negative change in the natural environment is closely linked to the destruction of the ecosystem. The construction of large infrastructures (dams), the arbitrary use of land, the contamination of water sources, the extraction and production of energy, mining and industrial resources that are harmful because of their pollution levels.

According to data from the Internal Displacement Monitoring Centre (IDMC), which is part of the Norwegian Refugee Council, 7 million people were displaced for climatic reasons in the first six months of 2019. The same source claims that in 2017, some 18.8 million people were internally displaced by natural events in 135 countries, more than 8 million by floods and 7.5 million by cyclones.

The World Bank, one of the promoters of the external debts that subjugate impoverished countries and that co-finances dams affecting Africa's major rivers, argues that unless urgent climate action is taken, more than 140 million people in sub-Saharan Africa, South Asia and Latin America could be forced to migrate within their countries by 2050.

The displacements caused by the effects of the socio-ecological disaster have their root cause in the sustainability and deployment of the current capitalist, predatory, racist socio-economic model, which accumulates resources needed by many, based on the dispossession of goods and services in the impoverished areas of the planet for the enrichment and maintenance of the well-being of a few. A system that calls for the free movement of goods, capital and profit, while at the same time increasingly restricting the free movement of human beings,

Humanists argue that the refugee problem requires responses based on a different scale of values, as the continuation of the current system can only lead to more refugees and more crises of inhumanity (humanitarian crises).

There is an urgent need for an effective resettlement strategy for refugee camps in which the centres of power that generate the catastrophe take responsibility for the damage they do and provide the necessary funds on a global scale for social protection and infrastructure to cover the needs of refugees in the countries that receive them.

There is an urgent need to drastically reverse the direction of the dominant materialistic culture that objectifies refugees, displaced persons and migrants and subjugates the peoples of most of the world. On the other hand, this issue should not be approached in terms of paternalism or charity, but in terms of the struggle for the fundamental rights that people possess simply by virtue of being born.

Humanity is advancing rapidly in a process of globalisation where cultural convergence and respect for ethnic and religious diversity and diversity of customs and practices are necessary.

Refugees are not outcasts, they are, like all people, "citizens of the world", it is time to promote human brotherhood, to build bridges between peoples, bearing in mind that it is a tiny, violent and racist minority that promotes xenophobia and the creation of scapegoats to divert us from the underlying issues.

As humanists, we humanists encourage a greater inclusion of this issue on the international agenda of anti-capitalist organisations, promoting its treatment in every forum, meeting or space for exchange.

For decades we have been advocating the end of neo-colonialism, the repayment by the world banks of the debts contracted behind the backs of the peoples, the recognition of global multiculturalism and the convergence of local diversities towards a non-violent planetary culture.

For decades we have been advocating the right to live in a socio-natural environment that provides quality of life for present and future generations. A world where borders, hospitals and schools are open.

But between the best aspirations of advancing towards a universal human nation, governed by personal freedom, solidarity, equal rights and opportunities, non-discrimination and non-violence, an anti-humanist wall has been erected which shows one of its cruelest faces in the situation of refugees and displaced persons.

This wall can only be broken down in the broadest sense of the word, by the unity in action of all humanists in the world.

Humanist aspirations will be possible if the struggle for the construction of real democracy and a culture of non-violence grows stronger and more resolute among the people.