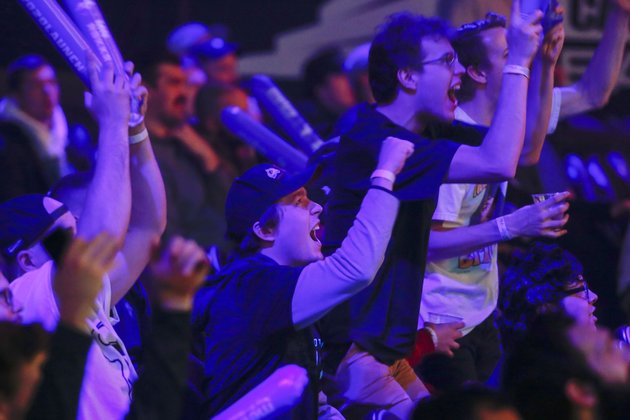 mousesports rallies for playoff berth at Gamers Without Borders

mousesports pulled off two impressive wins, including one via comeback, to clinch the second playoff spot Wednesday as Group A action concluded in the second leg of the Gamers Without Borders series.

Beginning with an elimination match, mousesports made quick work of MIBR in a 2-0 sweep, then followed with a 2-1 victory in the decider match over Ninjas in Pyjamas after dropping the opening map.

By virtue of their second triumph, mousesports joined Group A champion ENCE in the four-team playoff field, with the Group B participants still to be determined. mousesports fell to ENCE in their opening match Tuesday, 2-0.

Eight teams are competing in a six-day tournament for charity as part of Gamers Without Borders' $10 million series, featuring elite gamers vying to win money to support COVID-19 vaccination efforts worldwide. The total prize pool of this event is $1.5 million, with funds being donated by both viewers and gamers.

The teams are divided into two groups of four. Based on a double-elimination bracket, the groups will be cut to two teams from each group that will advance to a single-elimination playoff. The semifinals will be held Saturday, with the grand final on Sunday. All matches are best-of-three.

mousesports came out on fire Wednesday, blitzing MIBR for a dominant 16-4 win on Mirage for the early 1-0 lead. Then after building 6-1 and 11-4 leads on Ancient, mousesports barely forced overtime before eliminating MIBR 19-16 in the sweep.

Robin "ropz" Kool of Estonia led mousesports with 50 kills and a plus-23 kills-deaths differential, both tops for the match. Marcelo "chelo" Cespedes posted a team-best 35 kills for the all-Brazilian MIBR unit.

With a playoff berth up for grabs, NiP ripped off a map-ending 10-0 run in a 16-3 annihilation on Vertigo for a 1-0 advantage. The Ninjas scored the first three points on the second map, Ancient, but mousesports used separate spurts of 7-0 and 9-0 to win 16-6, evening the match. Then, after trailing 7-4 on Mirage, mousesports tallied 12 of the final 13 points in a 16-8 decision to move on.

Action in Group B begins Friday with opening matches: